In line with Ayala’s commitment to achieve net zero GHG by 2050, AC Energy (ACEN) and Ayala Land (ALI) have signed a power supply agreement for ACEN’s 120-MW solar plant in Alaminos, Laguna, to supply renewable energy that will help ALI’s demand up to 2050. 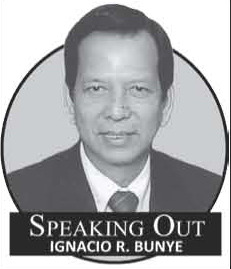 Eric Francia, president and CEO of ACEN said: “The arrangement is expected to eliminate 102,540 MTCO2e per year, or the equivalent of taking 22,291 cars off the road annually. Alaminos Solar, one of the country’s largest solar farms, is surrounded by ALI’s Carbon Forest, a woodland reserve that serves as a carbon trap and home to biodiversity.”

For those who only recently tuned in, this is what net zero means, as explained by the Inter-Government Panel for Climate Change (IPCC):

“Net emissions must be reduced to zero in order to stabilize global temperatures. …(A)ny scenario that does not involve a reduction to zero will not stop climate change.

“Since the Earth already reacts strongly to small changes in the amount of CO₂, methane and other greenhouse gases in the atmosphere, emissions of these gases must be reduced until the whole system is back in balance again.

“Net zero emission means that all man-made greenhouse gas emissions must be removed from the atmosphere through reduction measures, thus reducing the Earth’s net climate balance, after removal via natural and artificial sink, to zero. This way humankind would be carbon neutral and global temperature would stabilize.”

I was pleasantly surprised at the demand for the commemorative notes and coins depicting Lapu-lapu’s victory in Mactan 500 years ago. Up to now, I still get queries from

friends (who think I am still connected with the BSP) as to how they can get hold of such notes and coins which were launched last January.

The notes and coins, with a face value of P5000, were designed by the BSP in collaboration with the National Quincentennial Committee, to depict Lapu-lapu’s heroism. The note shows, on the obverse side. a young Lapu-lapu, a scene of the battle and a native war boat called karaoka. The reverse side features the Philippine eagle and Mt. Apo. The coin, on the other hand, shows the Lapulapu shrine in Cebu, while the reverse side depicts the battle of Mactan.

Note that the commemorative notes and coins are just that, and cannot be used to pay for items. Reminds me of a time when a group of former high school classmates visited me at the BangkoSentral. I gave them a tour of the Metropolitan Museum, Fort San Antonio and finally the BSP money museum. The last stop featured   a “money machine” capable of printing P100,000 “notes”, showing the picture and signature of the visitor. After the tour, we moved to a nearby restaurant where a classmate offered to pay for the lunch using his newly-minted P100,000 note. The waiter good-naturedly replied: “Sorry, Sir, wala pa po kaming panukli diyan.”

Immersion in art and history at home

To the thousands of ICs (Involuntarily Confined at home) because of Covid-19, there are many, many more alternatives to Netflix and YouTube to keep oneself occupied. I do confess that I sometimes get hooked to a Netflix series, eg. (Crash Landing on You and Downton Abbey) but I often intersperse my viewing with the more sublime. For instance, I take the opportunity to immerse myself in art and history. And what better source than the museums. Of course, my favorite is the Ayala museum. When I first joined the Ayala group way back, I joined Filipinas Foundation which is now known as they Ayala Foundation.  The foundation’s flagship project was and continues to be the Ayala museum.

Ayala Museum continues to bring online learning experiences into people’s homes through virtual exhibitions, field trips and art workshops. The immersive online channels and interactive programs invite audiences of all ages to “visit” the museum, learn about Philippine culture and history, and take inspiration from its collections to create their own artwork.

In addition, Ayala Foundation has also launched its holiday collection at the Ayala Museum Shop, offering a range of times reminiscent of the museum’s collections from home essentials to books and stationary to toys and games, as well as products made by communities in Puerto Galera, Oriental Mindoro; El Nido, Palawan; Lake Sebu, South Cotabato, Makati, Mandaluyong, Daraga, Albay; Orani, Bataan and Calauan Laguna.

Congratulations to Police Lt. Col. Giovanni S. Martinez, chief of police of Biñan City, for having been adjudged the Best Police Chief of Calabarzon. PNP Chief Guillermo Eleazar personally conferred the award during ceremonies marking the 120th Police Service Anniversary held at Camp Vicente Lim last week.  Lt. Col. Martinez is the son of retired Police Colonel Ernesto N. Martinez, a former classmate, who served with distinction at the Muntinlupa Police during my term as Mayor. Both father and son are distinguished alumni of Muntinlupa National High School, my alma mater.