Even pre-lockdown, instant ramen was a staple to many, young and old, across the demographic board.

During the three-month-plus shelter-in-place and long after as we stay-in for longer than ever, noodles and white bread are common table items, convenient, easy to prepare and, in between rice meals, filling as well. 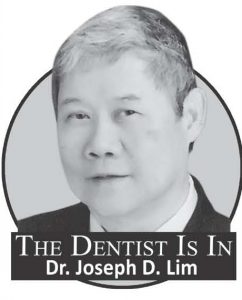 Well, what do we know” It turns out that white bread and noodles are right there along with soft drinks and cereals as the cause of tooth decay in children. That is, children in New Zealand. But then again, it makes you think if our children are at risk as well.

A new study conducted by the Starship Children’s Hospital and The University of Auckland shows that foods high in sugar and high in refined starches cause cavities and tooth decay also known as dental caries.

Dental records and the eating habits of over 4,000 kiwi children show that diet could put them at high risk of dental caries, he said. “The key culprits were foods that were high in sugar and high in refined starches…frequently consuming foods such as white bread, rice and noodles could put children at greater risk of dental caries.”

The reason – refined starch provides energy to oral bacteria which then proliferates on the plaque of teeth, producing acid that erodes the enamel.

On the flipside, some foods such as whole meal or whole wheat bread, some vegetables like broccoli and cauliflower as well as cheese, were associated with a lower number of cavities.

The findings surprised the good doctor, “very focused” as he was on sugar as a culprit, he told Newshub, a New Zealand multi-platform news service that airs on radio and TV. “White bread really came through strongly, there was a lot of white bread in kids’ diets and that was very strongly associated with kids getting rotten teeth.”

“It’s positive to learn that three-quarters of children studied had no dental caries at their first community dental appointment, but ethnicity and socio-economic status were strongly associated with dental outcomes,” said Dr. Thornley, an epidemiologist, a doctor who studies disease patterns.